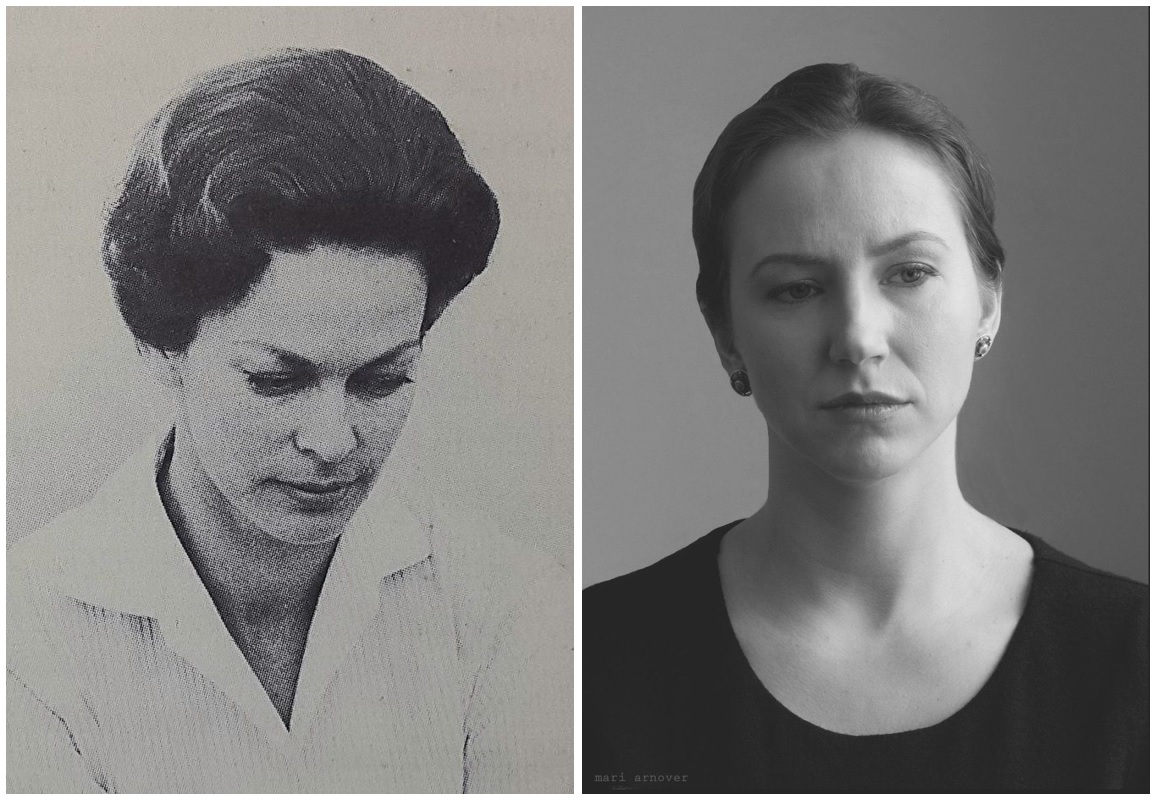 On this day four years ago, I decided to reinvent myself, create myself anew. I set out on a journey, after I had encountered Käbi Laretei’s letters and novels. I stumbled across her and Ingmar Bergman’s love letters to each other and then later I read everything that I could find from Käbi Laretei, a person who I had previously only known as a pianist. But I discovered that she was also a brilliant writer, because, in my opinion, she did not aspire to be a "great writer“. She was just herself.

I fell in love the way she wrote, I was inspired, I decided to try to learn from her. I started writing letters to her, having a dialogue, an inner conversation. She was a support for me, I trusted her with my thoughts that I did not dare utter to anyone beside myself. It became something between me and her. Just over 2 years later my friends encouraged me to have the courage to publish them as a book and I did.

Looking back, I can say that this journey couldn’t have happened without the help and support of Käbi Laretei. A person who was dead by the time I wrote to her and who I had never known in person. She helped me to find not only myself again, but also my voice as a writer. The voice inside me that doesn’t aspire to be a great writer, which instead is to just be myself.

As the letters have not been published in English, I want to go and take you with me, on another journey. I intend to publish the letters in English in their original sequence. Four years have passed and I am another person. In many ways the same, but in many others very different. I have new fears and other things that hold me back now. I still continue to make mistakes and I continue to struggle with myself.

Two years ago, when the letters were published as a book, I wrote:

“The books and thoughts of Käbi and many other writers have been a great support on my own journeys. I hope that this journey can offer help, guidance and company for someone else. Today, tomorrow, or many years from now.”

I do hope that this journey can be accompanied or shared by you. Perhaps these letters will be of interest to you, perhaps they might intrigue you, upset or comfort you. I do hope that they do not leave you with an empty heart.

Hoping to hear from you and your journeys,

It is August 2017. My father just celebrated his 70th birthday; my mother celebrated her jubilee last December. Thus, it has been a year of continuous exhibitions for both my mother and father. My mother had two exhibitions in Tallinn of her ceramic art. The first was in August of last year and entitled "Retrospective. Grand Form in Ceramics 1976-2016", held in the inner courtyard of the Estonian Adamson-Eric Art Museum. Her second exhibition, "Figure and Form. Ceramics 1976–2016", opened in January of this year at the gallery of the academic library of Tallinn University. Next week we will open my father`s exhibition, "An Artist’s Look: Pictures from 1977–2017" in the café of the Tallinn University academic library. I have helped encourage and organise all of these exhibits.

In less than a month, my younger son will begin first grade, and my older son will enter grade four. Nearly a year and a half has passed since my divorce, which was far from peaceable. Also, in less than a month, my term as the academic library’s Head of Development and Communication will end, and I will become a full-time literary scholar. This is my own choice. A choice that for many people seems illogical, insecure, and definitely irrational from a financial point of view. In the short term, at least. I am not worrying – yet. I need a change in my life. In one of my poems, entitled "When is Grief Over?" I think about the end of grief over an ill-spent life. I answer my own question with another question: does grieving end when anger has turned to pain and pain into tears? Is that when one sees the first signs of healing? But there is no such thing as an ill-spent life; there are only journeys toward learning and awareness. In my poem, I ponder how I have been unable – or not courageous enough—to recognise in myself and my partner patterns of behaviour and mutual dependency that at some time or other will culminate in an explosion. More importantly, I have not dared to admit to myself who I am, or to continue asking that question, bravely and relentlessly. Indeed, how is this possible when one has small children who need so much time and energy?

What I also know is that I do not merely want to heal. To heal from my dependency on relationships, my need to be loved and admired, also from wounds caused by careless words and deeds. It is also necessary to heal from losing oneself. I want to create myself anew, to find myself and build myself up again. I want to change, to become braver. In the same way that your Estonian writers asked you for a recipe for courage. This is the same question I want to ask in a spirit of openness. To ask you and myself: can we find a recipe for courage?

Last week, in a bookstore, I stumbled upon your book of Ingmar Bergman`s letters and excerpts from your diary. On the cover photo you are very beautiful. Enviably brave. I read the entire book in one evening, and the next day I went to the library to borrow all your other books. Yesterday I finished "As if in translation", and I was fascinated, shaken to the core. What touched me was not only the way you write about your life, but the topics you discuss. You write about how people in Estonia labelled you as an exhibitionist, as well as about how people asked about the source of your courage. That was the core question, or maybe the core fear: how can one strike a balance between courage and sincerity on the one hand and exhibitionism on the other?

Your book gave me great courage, or perhaps it opened up perspectives for growing my own courage. Actually, I am not brave at all. At least not all the time, not in my (personal) life, at least not to the extent that I would wish. And courage alone is not enough. One also has to have wisdom and tolerance. I liked what your sister Maimu wrote to you: "maturity is the acceptance that there is no perfection, but this is not an anguished acceptance; rather, it is peaceful and wise" ("As if in Translation," p 112).

Today, I don't want to keep writing about courage; instead, I want to express the thoughts I had while reading your book, how you write about the jealousy and aggression you observed between Estonians in the homeland as well as the scars of living in isolation (in Soviet-occupied Estonia) where there was little trust; you refer to this as brokenness, as injury. That is what I think, too. Similarly, to life in exile and the painful, tragic stories of fleeing Estonia, living in isolation and lack of trust are damaging. Maybe there are variations of this brokenness, but in both cases, damage has been done.

I was surprised by your observation, after you had visited Estonia, that people there spoke meanly to each other, also about the ways words were used to wound and humiliate one another.

You even go on to say that Estonia is a raped country. This is shocking, yet in another way, it feels liberating, if for no other reason than that someone put this into words. You add that unexpressed pain and repressed mourning easily cause feelings of guilt. Though I do not understand completely how this happens, I think it is true.

I am enclosing some poems.

when is
the grief
about a wrongly lived life
over

growing
into yourself
takes time