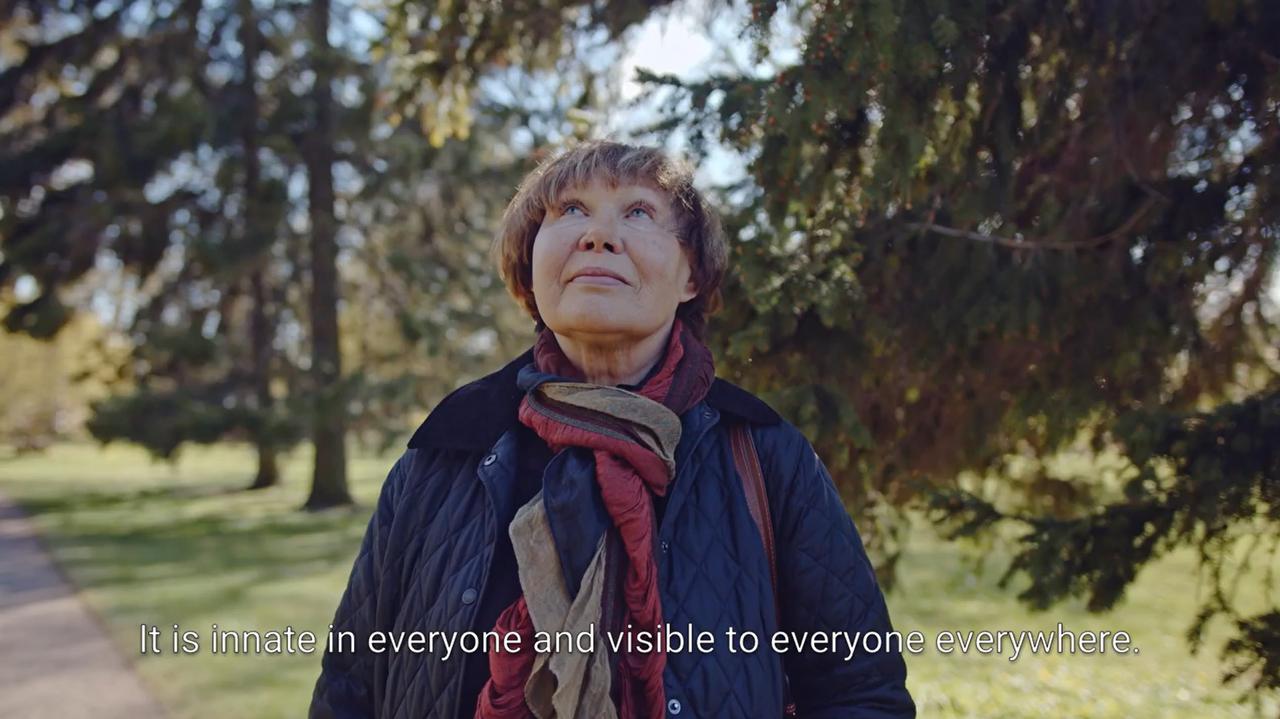 Viivi Luik is undoubtedly one of the most important and internationally renowned authors of Estonian literature. She first enchanted Estonian readers with her nature poetry when she was 18 years old in the mid 1960s.

Then, in the mid-1980s, her first novel "The Seventh Spring of Peace" became a bestseller. Written from a child's perspective, the book not only put into words the attitude towards life of an entire post-war generation, but also showed that the courage and will to live is not dependent on the regime and is accessible to each individual.

The publication of Viivi Luik's second novel "The Beauty of History" falls directly into the period of the fall of the Soviet Union. Published in 1991, the book portrays the upheaval of the time around 1968. Again - as in her last novel "Shadow Theatre" - time and the human being are interwoven and the individual is concerned with breaking free from the spell of his time, at least mentally.

Although Viivi Luik's novels are written in Estonian, they belong to world literature. They need and find engagement outside the Estonian language. Not only her novels, but also her poetry, radio plays and essays have been published in various European languages. Her essays often provide an unexpectedly sharp focus of the circumstances of the time.

Fortunately, all of her novels have also been translated into German. In 2018, her third book "Shadow Theatre" was published in German thanks to Cornelius Hasselblatt and Wallstein Publishing House. So far, the only work that has been translated into English is "The Beauty of History".

From the mid 1990's Viivi Luik lived outside Estonia for 18 years, in Helsinki in Finland, Berlin in Germany, Rome in Italy, Riga in Latvia, New York in the USA and Stockholm in Sweden.

Interestingly enough, "Shadow Theatre" - published in Estonian in 2010 does not only describe the differences between Eastern and Western Europe but also the northern and southern parts of Europe. The novel at the same time highlights how, despite everything, the old and new Europe are inevitably connected.

"Shadow Theatre" begins with a quote from Carl Gustav Jung, who once, in 1949 (to be precise) wanted to travel to Rome but abandoned the idea. As a parallel the narrator asserts that her trip to Rome began in the same year, in Soviet Estonia when she first saw a picture of the coliseum in a book.

"I was on my way to Rome and that was no joke," she says. This journey takes her through decades in Estonia, behind the Iron Curtain and later through Helsinki and Berlin.

In Berlin, a German critic tells her: "In any case, write about what you are most ashamed of. Don't say you're not ashamed of anything."

I believe that Viivi Luik succeeds in bringing to light new aspects of the human soul and human existence. She manages to illuminate something old, perhaps something that has always been there, but was forgotten, in a new way and with novel perspectives.

In a contribution to the poetics of Viivi Luik and Ingeborg Bachmann I say that I read the works of Viivi Luik in order to be strengthened in the pursuit of having the courage to live and to learn more about my own shadow sides.