Or why there is no need to fear the pain of dealing with the past? 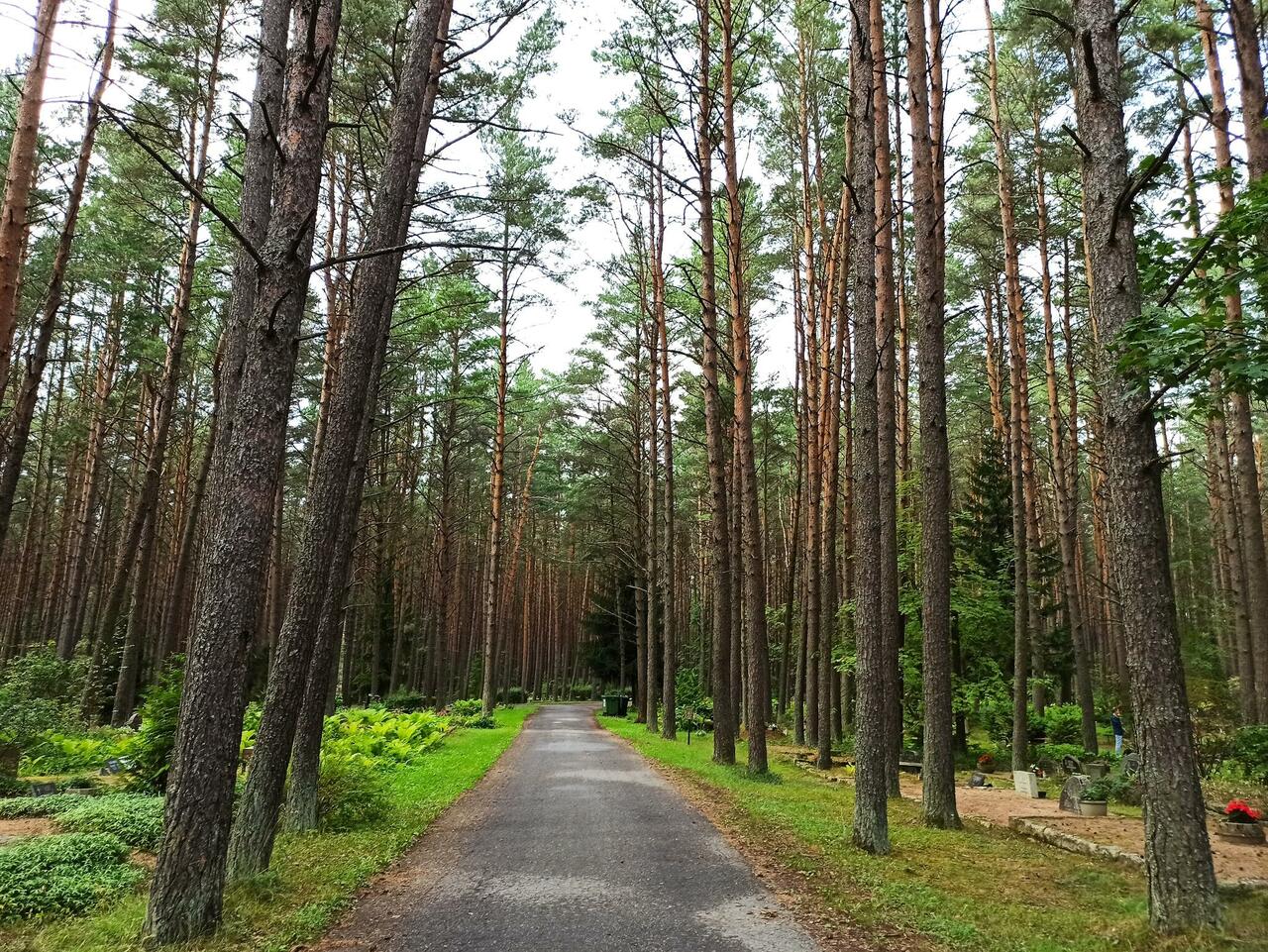 “Memories are a cipher to be deciphered. The only meaning memories can have lie in the writing hand.”

I am often asked why deal with the past? Why study pain? Doesn’t it make you unwell? Indeed, why do we need to remember and why should we remember the things that hurt, maybe traumatise us, and that might even already be forgotten?

What we know from contemporary trauma theory and other forms of analysis is that traumatic experiences are in essence nothing other than experiences that have not been processed properly. At the time they took place, they were too frightening, horrible or impossible to understand, and thus there has been no chance to become aware of what kinds of meanings they may carry. But we also know that the things and meanings we are not aware of are far from being completely forgotten, instead they continue to influence us without us knowing it and often in a very disturbing way.

In 2006, I had an opportunity to talk about sorting out the meanings of the past with the Estonian writer who has influenced me most – Ene Mihkelson. I have been troubled by what she wrote both in a positive or productive sense, to this day. I believe that I am still trying to grasp the full meaning of her words.

In this interview Mihkelson said the following:

“Here the communist totalitarianism lasted 50 years, in Russia for even longer, enough time for a kind of Homo Soveticus to evolve. People formed certain stereotypes, which enabled them to deal with the madness of the times. If people fail to sort through the meanings of these things, they will subconsciously pass over to the following generations. What I’m really trying to say here is that it is important to make these things visible. /…/

A large part of this raw material which people are not aware of and which makes it possible to manipulate them, is carried on as stereotypes from the previous era, and it is dangerous because it lets them continue to behave in ways they are not really aware of, and about which they can say that this is how things worked at the time, this was the only way. If one buries what happened before and do not talk about it, do not think about what it meant, the things one buried can covertly spring into motion and still manipulate the person. I do believe that if a person wants to take charge of their own and only life, they must also look into these hidden chambers. And not just for the sake of it, but for the reasons of freedom and respect for oneself. In order to be happy one has to be awake.”

Whereas the above was a statement of a person born in 1944, right after the German occupation of Estonia that was already a de facto Soviet state. Ene had to live in communism for 50 years (which I do not mean as a judgemental comment), I’m merely acknowledging the facts as Mihkelson herself has stated. The following, in comparison, are the thoughts of Käbi Laretei from around the same time period. Laretei was born in The Estonian Republic of 1922 and since 1940 she lived in forced exile in Sweden.

In her book “As if in translation” Laretei writes: “Having lived for such a long time under several regimes of occupation, people were used to taking every opportunity to hurt or humiliate each other with unsavoury attitudes or words, as if they got some sort of satisfaction out of this: tiny trickles of power were still power, and if you succeeded in suppressing someone else even a little bit, it was a victory, and you could afford to look past someone on the street and not greet them. Power was what really mattered, this is what the Soviet regime had taught them.”

A little bit later she says: “Estonia is a raped country. The unexpressed pain and suppressed grief lead easily to all kinds of guilt. This is something that is not talked about. In a TV interview with the journalist Urmas Ott I stressed the importance of talking, that people would trust each other and talk about themselves. But the most important thing – rape and humiliation – is never touched. When is it that we’ll finally begin to understand that psychological science is not just for dealing with mental illness?”

More than a decade has passed since these statements were made by these two women, but in my opinion neither of their words have become any less relevant. It seems to me that we as Post-Soviet people keep searching for and learning ways to deal with humiliation and pain, and how to talk about it.

In 2016, Estonian writer Maarja Kangro published the novel “The glass child” (“Klaaslaps”) in which she boldly faces several taboos dominant in the society at the time and discusses them openly. These are very personal kind of taboos (for example, malformed fetuses, abortion and childlessness), but the generalisations Kangro reaches, regarding pain and how to deal with the subjects that are frightening to her, are encouraging. She says that one should take the courage to face the frightening and the horrible as long as it ceases to scare one as much, as long as it dissolves.

However, do we as people and writers know how to look, see and recognise the things Mihkelson and Laretei talk about? Do we know how to recognize the effects of the Soviet time and the (after) effects within ourselves and our society? Even if we do intuitively realise that a high suicide rate and wide-spread alcoholism, as well as violence in intimate and work relationships are largely the aftermath of a society based on fear and control, in my opinion, we do not have that much experience and that many ways to talk about and highlight the connections between our (collective) past and (the individual and collective) present.

In his novel “The Physics of Sorrow” (2015; „Физика на тъгата“, 2011) which has earned wide international acclaim, Georgi Gospodinov, a Bulgarian writer born in 1968, attempts to trace the causes of sorrow and melancholy of the Post-Soviet human, and realises that in a sense, it is the sorrow for what has not been or what has not been possible. An odd kind of attachment to the past, subconscious sadness and grief of missing out, and the inability to live a wholesome life now and here, in the present. Gospodinov also reaches the conclusion that the only way out is to face one’s all-encompassing sorrow and melancholy because running away from it does not help.

In both novels, Gospodinov’s “The Physics of Sorrow” and Mihkelson’s “The Sleep of Ahasuerus” an attempt has been made to find out what happens to a person when they, in a figure of speech, crash into the past head on, with the past of their families, and the untold and silenced stories it hides.

However, since a deeper examination into the stories in the novels of Mihkelson and Gospodinow would require more thorough analysis and poetic sensitivity than allowed by the scope of this essay, let us return to Käbi Laretei’s work. Laretei has in a rather straightforward manner spread out and dissected her personal traumas. She has opened up the possible background and connections of one person and her work for others to witness.

In her book “A piece of land” (“En bit jord” 1976, “Peotäis mulda, lapike maad” 1989) Käbi Laretei searches for the reason of her inability to play the piano and perform after her diplomat father Heinrich Laretei’s death. There is no clear and objective reason for this, but still she feels as if an invisible wall has risen between her and the piano. It’s not until she’s in Tunisia, away from everyone close to her that memories from Laretei’s childhood, memories of the Estonia lost and shut behind the Iron Curtain begin to emerge. Digging slowly deeper into her memory, contemplating the life and choices of her parents, Laretei reaches an understanding that in some odd way she had, with her hard work, diligence and talent, been trying to find a way to compensate for her parents of the Estonia they had lost. Especially to her father who had his diplomatic career abruptly cut short in 1940, who was sentenced to death in his home country behind his back, and who was forced to live the rest of his life in exile.

Of course, the successful career as a concert pianist was also a way for Laretei to prove to her new exiled homeland Sweden that she deserved the best. Because in 1940 she as a foreigner was unable to continue her studies at Stockholm’s state conservatory as it simply did not accept her.

Therefore, it can be said that with her splendid career, Laretei was compensating for the things her parents, foremost her father, had no access to. Not that it would in any way lessen Laretei’s worth as an interpreter and pianist, but her career is also built on a kind of restitution for the pain her family went through because of exile . And this in turn enabled her to succeed globally. However, despite achieving all the popularity she did, a person could suddenly find themselves in a situation, where they feel like the ground is crumbling under their feet. This is exactly what happened to Laretei in 1973. This is the moment when the private life and personal subconscious meet the outside world. This is the unawareness of the past, deliberate avoidance of sorting out the meaning of it all, which can have a paralyzing effect. Only by recalling and remembering does Laretei become more aware of what was happening to her, and through talking-writing about it, she is able to overcome her paralysis. Why is that? It’s not as if remembering would change the fact that Laretei by using her gift had tried to replace the lost homeland to her parents (and herself), and remembering what one is missing could certainly not replace the thing that is missing itself. But it did provide her with words and the linguistic ability to face her pain of loss and to accept it.

Why talk and write about pain? Hiding oneself from pain deprives the person of valuable experiences, memories, family history, not to mention that “the unexpressed pain and suppressed grief lead to all kinds of guilt” as Laretei tells us. And they can at one moment unexpectedly begin to affect our lives without us understanding at first what is happening to us, as it happened to her.

I do sincerely believe that literature can offer ways to exemplify the possibilities of dealing with the past, to stage it in its complexity and to play it through. I believe it can give us courage to face our difficult pasts.

There is no reason to fear pain, as Viivi Luik has said, “it’s just that one needs to have things made clear with oneself”.

Previous
the two of us
Next
Whay don't I write?
Add a comment